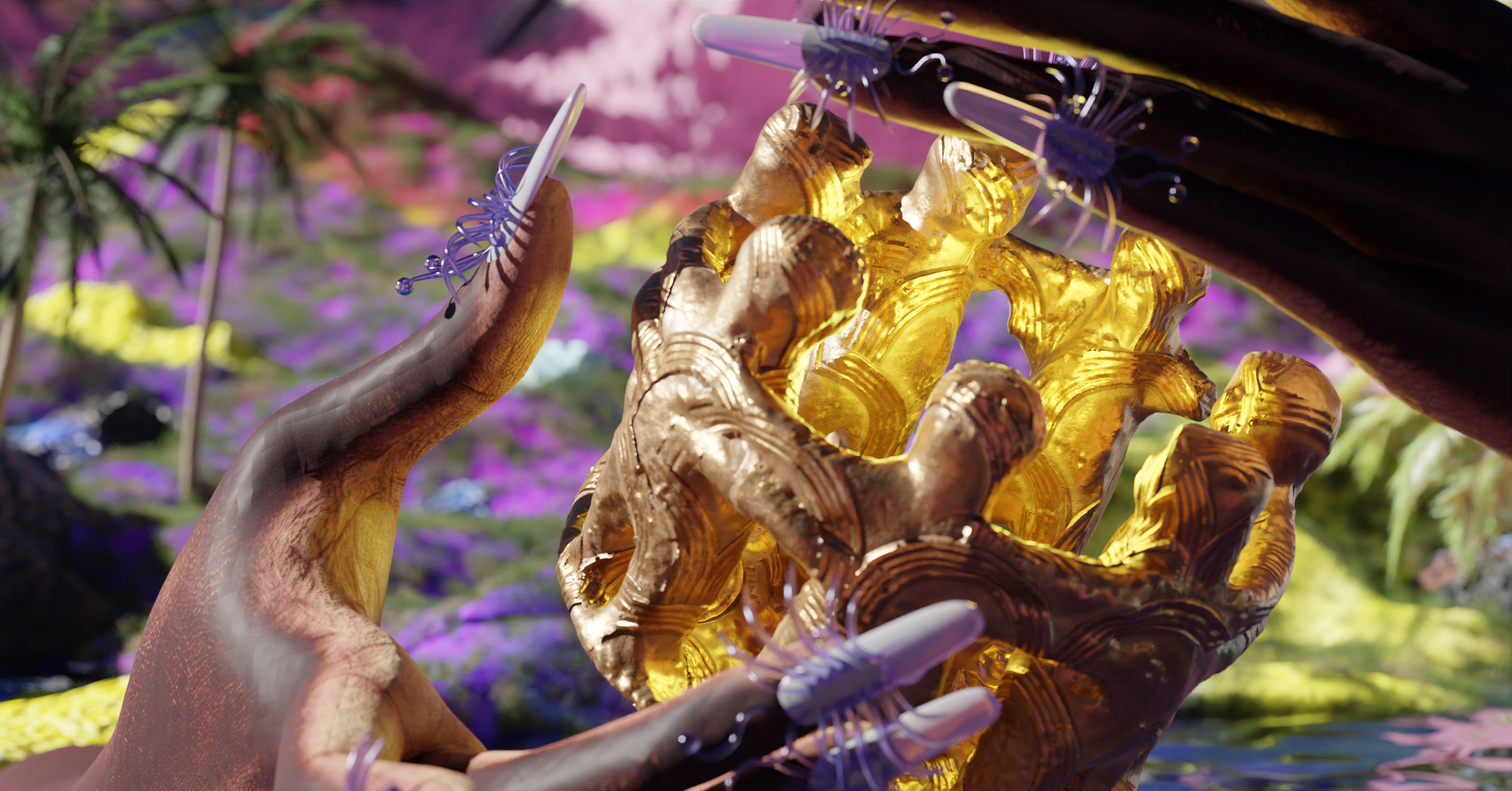 Shaquille Veldboom is a young Black man who grew up in Amsterdam Zuidoost. At the age of 8, he taught himself 3D design by watching YouTube tutorials. This gave him the opportunity to bring his fantasies to life digitally.

Veldboom is particularly influenced by his father (an electrical engineer) and grandfather (a mechanic), with whom he eventually built their first 3D printer together in 2013. He dropped out of college three times because it didn’t correspond with his working methods, nor did it agree with his creative process. Despite not having a college or university degree, Shaquille has become an in-demand and well-known 3D designer who works on projects related to industrial design, game design, animation and music.

Veldoom invites you into a virtual world that is monitored on screen. In the course of the first exhibition weeks the artists will create and assemble a vehicle, of which each part is  separately printed and constructed out of CPE, known as manipulated PET from bottles. To finally cleverly simulate  a beautifully composed car.

OSCAM invites young artists to claim space, present their work and develop themselves as creative entrepreneurs in our newest concept: Young OSCAM Art Kitchen. This six week exhibition supports young artists in reaching a broad audience and creating lasting connections within the OSCAM network. The exhibition is produced by an OSCAM curator who supervises a Young OSCAM co-curator through the process of building an exhibition. With Young OSCAM Art Kitchen, OSCAM aims to stay in direct contact with the new generation of makers from various backgrounds and to prepare them for a professional future in the creative industry.