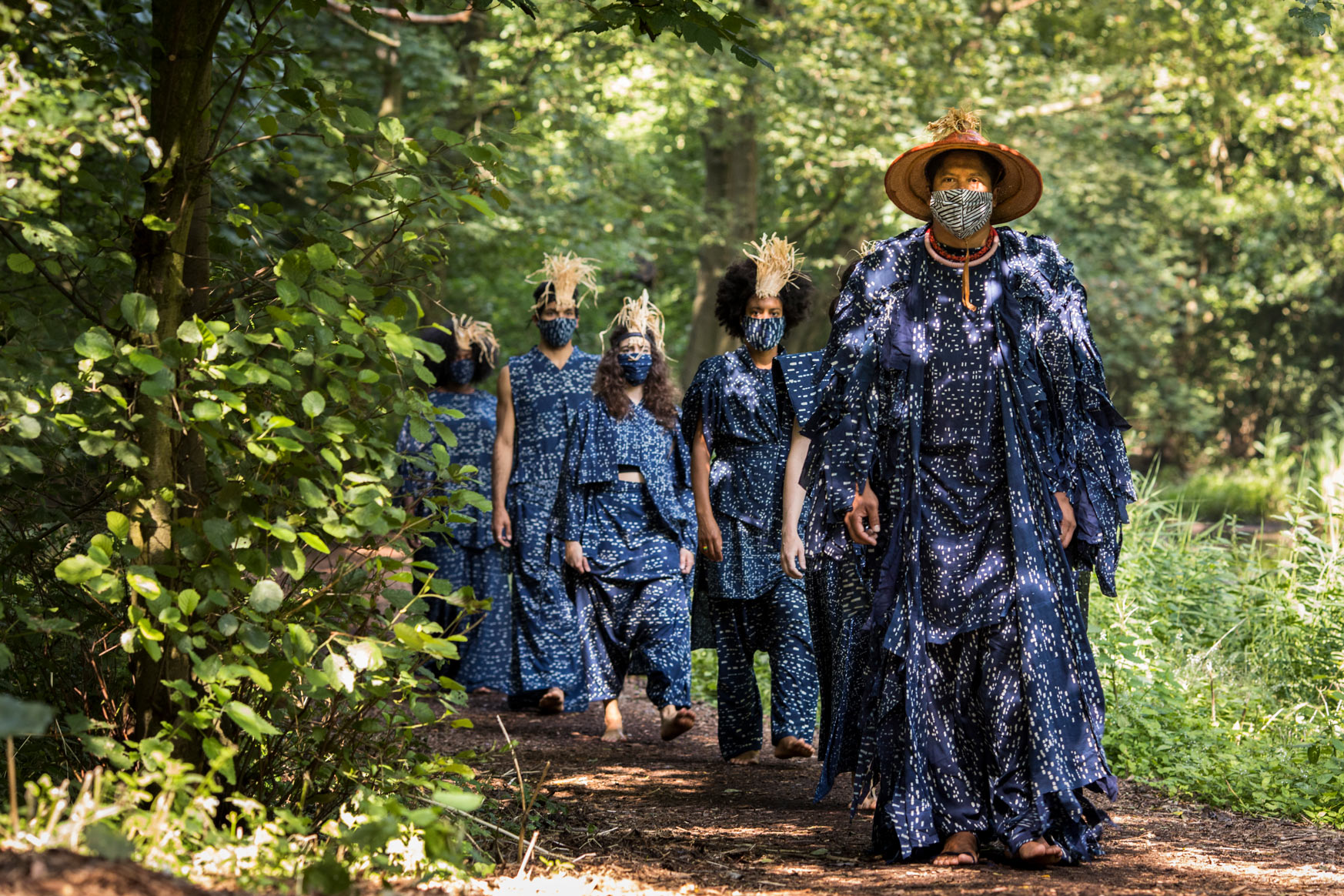 In Suriname and elsewhere in the Americas, blue had the power to protect enslaved Africans and their descendants from evil spirits. Indigo was also the source of incomparable suffering and helped spur the 18th-century transatlantic trade, resulting in the enslavement of thousands. Indigo dye is deeply rooted in African culture. So is the symbolic use of the color blue to ward off evil spirits. In some cultures, indigo, itself has spiritual significance.

Antonio Jose Guzman has been researching post-colonial art for the past 15 years, inspired by his historically international family history. Through Electric Dub Station he explores the transatlantic and colonial history of the color indigo. Researching the history of indigo is simultaneously researching an “alternative” history of the Dutch nation. The color, like the artist himself, has connections with many histories and different places in the world: India, Java, Suriname, both Americas and the Netherlands.

African enslaved people passed on the knowledge of cultivating indigo to America. The African slave trade made the color very valuable; the owner of indigo fruit was stronger and more powerful than the owner of a weapon because it was used as a currency. In the 18th century, the profit on indigo was much greater than the profit on sugar or cotton.

The sonic structures and songs that the enslaved Africans sang while producing indigo, sugar, coffee and cotton on the plantations had and still have a profound influence on several genres of American music. This also applies to dub music, which is originally Jamaican and stems from reggae. The influence dub music has had on the technique of music production simply cannot be overestimated.

Electric Dub Station is a site-specific labyrinth installation and a Panamanian-Congolese procession. The project consists of approximately one hundred banners and twenty afro-futuristic costumes that have been created by various international collaborations. It is part of Sonsbeek 20 -> 24, the Paiz Art Biennial, and “The Supreme Exodus” series, in which the artist explores the connection between different cultures of The Black Atlantic (Paul Gilroy) and the Hybrid Migratory Aesthetics (Mieke Ball).

The land was 3,636 acres. In 1832, M.D. Teenstra went to the plantation to collect data for his book “agriculture in the colony of Suriname”. Hanover was then an indigo site with 136 slaves and an area of ​​3636 fields. De houtgronden, De Vreede, Welgelegen and De Eendragt, were annexed to Hanover. Indigo was the end product, which was sold as a powder or pressed into blocks. 50 kg indigo white per year could be produced per field of production area. In 1830, 2500 kg was exported, and there were three plantations that grew the product: A La Bonne Heure, Hanover, and Two Children are near Paramaribo, nowadays city district “Blauwgrond”.

From around 1900 the production of bluing takes place synthetically, and the cultivation of indigo has disappeared completely. The 1908 almanac states that indigo production at A La Bonne Heure had to be abandoned “due to high mortality due to the primitive method of preparation”.