Antonis Pittas, is born in Greece, and lives and works in Amsterdam. His work focuses on contemporary social and political issues and is characterized by a strong sense of history. More of a viewer than an ‘activist’, Pittas mainly researches how historical events and social movements repeat themselves throughout history. The concept of ‘recycling history’, both as contemporizing history and historicizing the contemporary, is used as a methodology to create awareness of our own assumptions. He explores topics such as safety and control, economic crises and acts of resistance, as well as violence and vandalism. The imagery of modernism and of the historical avant-garde is an important frame of reference within his work, that includes influences of Bauhaus, De Stijl and Russian Constructivism. Pittas traces the (visual) characteristics, properties and symbolism that emerged from this period and examines how it has acquired new forms and meanings throughout history till today. As a result, a trans-historical perspective is mapped out.

Pittas’ work NO is an architectural fragment, coming from a 17th / 18th century storage building in the city of Amsterdam. It used to be part of the latin word ‘anno’ which translates as ‘year’. Usually, ‘anno’ followed by the year of construction of the building was put up to showcase and celebrate the historical significance of the building.

Looking back at the time period from which this architectural fragment originated, the buildings still have historical significance. However, we are more and more critical of what we actually ‘celebrate’ by honoring them with an ‘anno’ . We now say ‘NO’.

The saying ‘throw hands’ is a slang term that means ‘fight’, and is used to refer to physical or verbal confrontations. The term comes from lifting or throwing your hands up like a boxer at the start of a match to get ready to attack another person or defend yourself.

In Pittas’ work, it is used as a metaphor to throw hands in order to defend human rights. Throughout history the hand has been the symbol for revolutions, resistance of inequality, autonomy and freedom. Good citizenship is the active citizen; ready to defend, protect and respect the dignity of every individual. 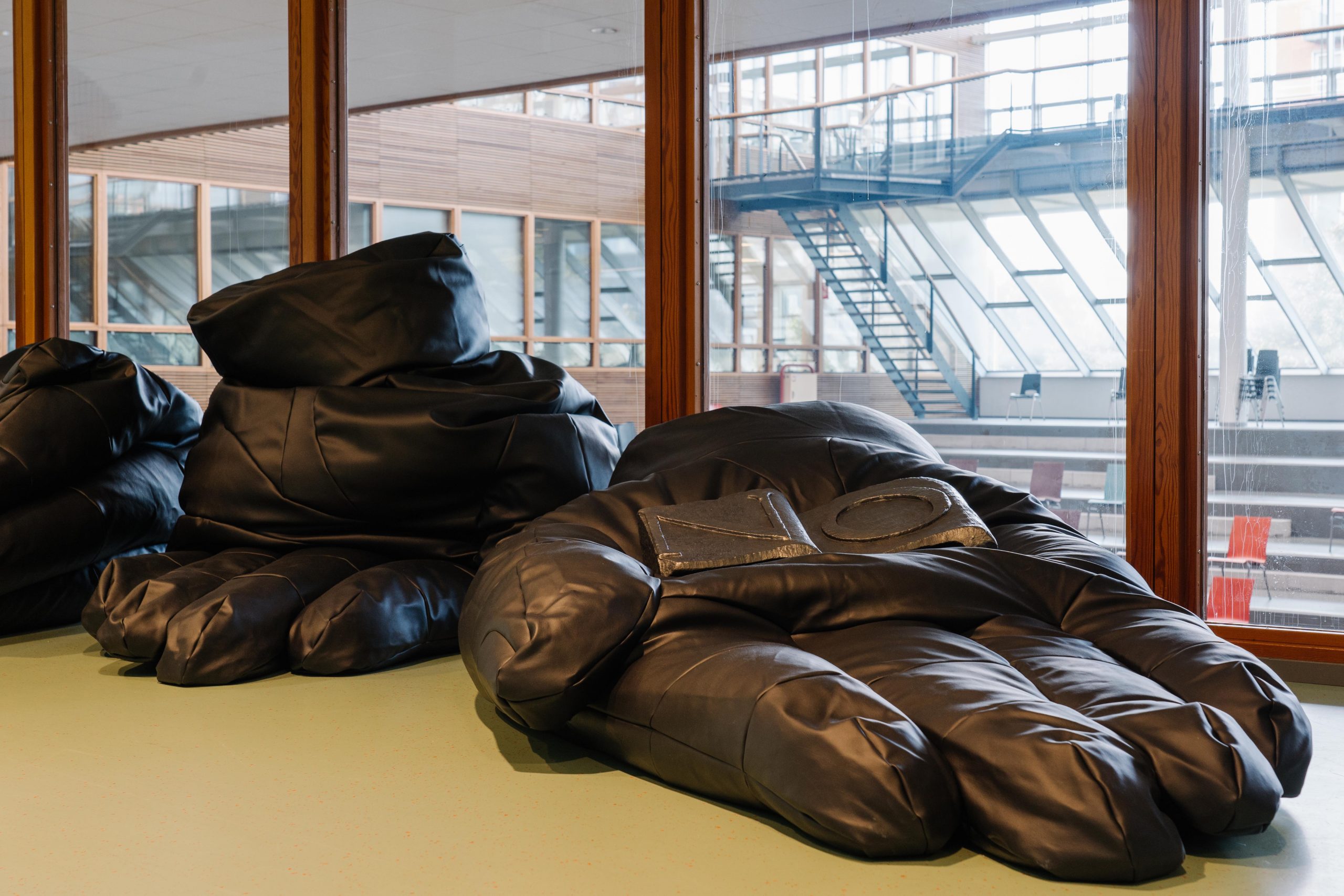 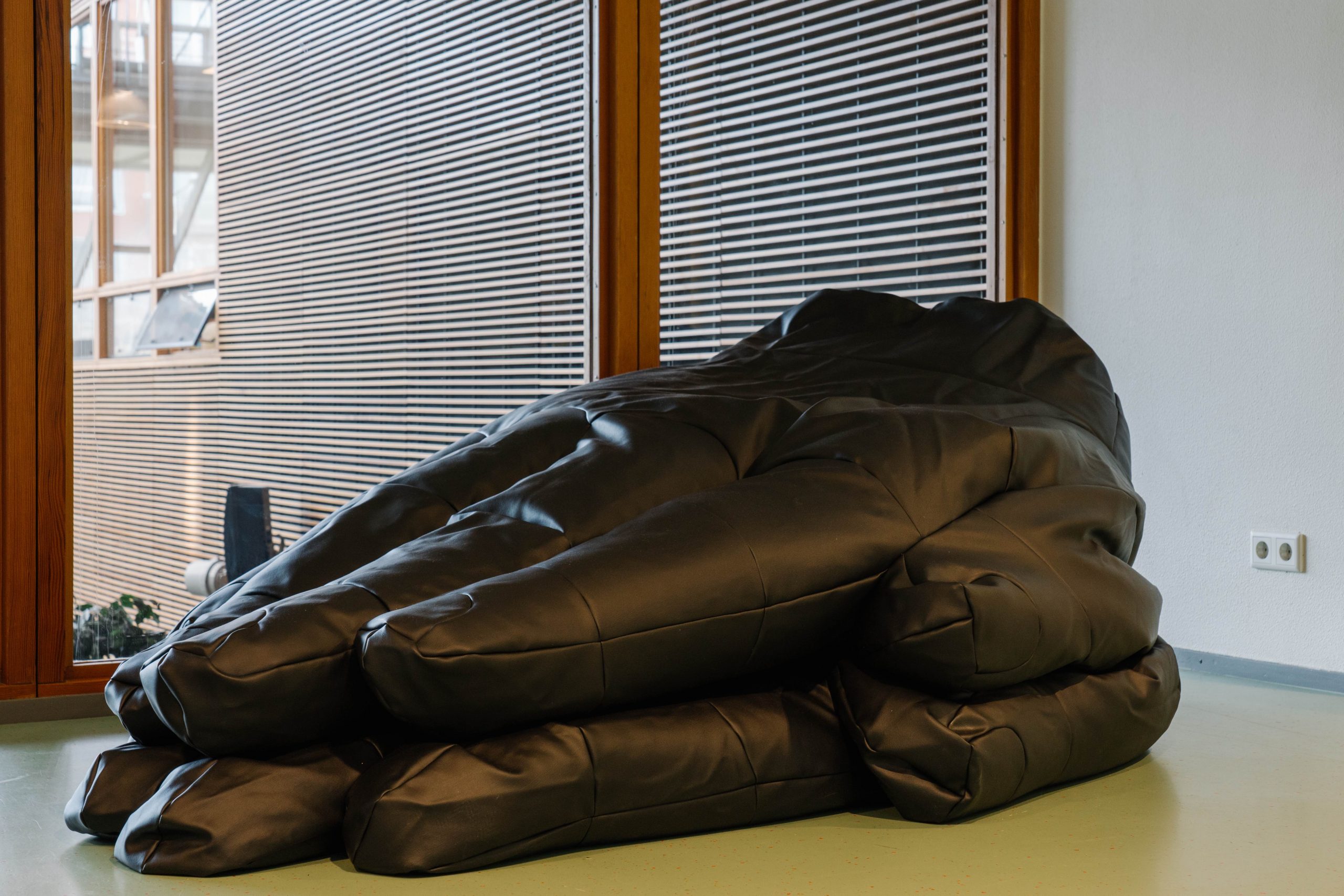