Info and background stories of our current exhibition 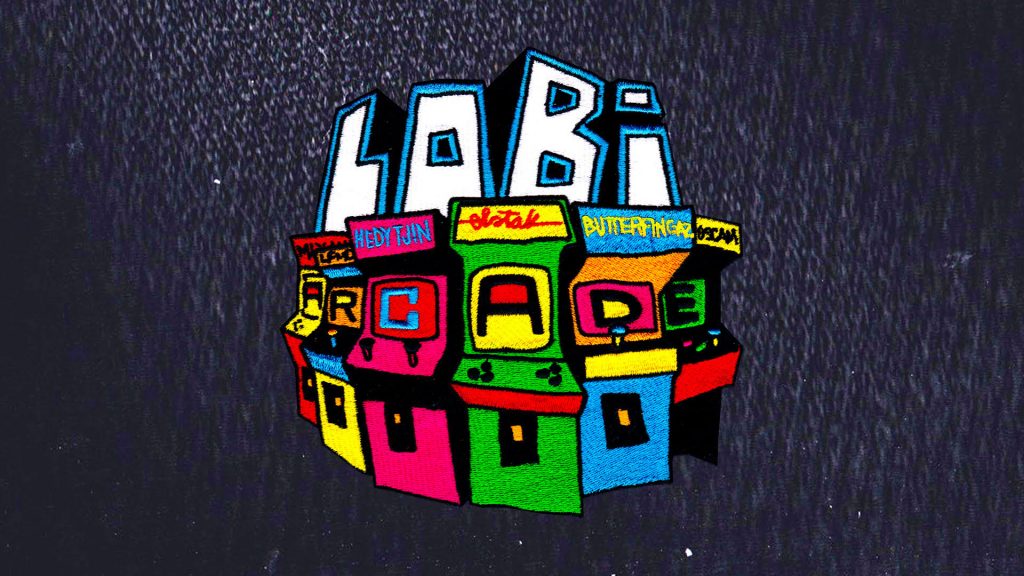 “A true artist’s duty, as far as I am concerned, is to reflect the times.” – Nina Simone

With the exhibition L.O.B.I. ARCADE artists Brian Elstak, Dewy Elsinga (Butterfingaz), Hedy Tjin and creative collective Lowrey Foley McClane (LFMC), reflect on both universal and personal themes in an authentic and unique way. These themes range from black empowerment, representation, colonial heritages and migration, to personal struggles such as paranoia and (dis)belief in mankind.

As the title indicates, L.O.B.I. ARCADE represents a hall full of arcade machines that cover different themes. The extraordinary art forms of arcade games, Hip Hop, comic books and cartoons have shaped Elstak’s childhood. With L.O.B.I. ARCADE, Elstak takes visitors into his world, and tells them stories that are recognizable to many, but simultaneously offer a new perspective for some. L.O.B.I ARCADE is an ode to the art forms and stories, topped off with a sauce of pop culture.

L.O.B.I. ARCADE consists of 10 unique arcade machines, each with its own theme. For this project Elstak works together with carpenter Ellik Bargai who builds Elstak’s designs. The wooden arcade machines are canvases on which stories are told. The machines cannot actually be played, but a number of them are audio-visually supported with music and animations.

The arcade machines were made in phases and a number of them are currently part of Say It Loud in the Bonnefantenmuseum (until April 2021) and Refresh Amsterdam (until March 2021) as stand-alone works. After these projects end, the arcade machines will move to OSCAM to become part of the entire exhibition.

In OSCAM the exhibition L.O.B.I. ARCADE will for the first time be visible in its entirety, where all 10 arcade machines are on display together. The exhibition opens on April 22, 2021. Artists Dewy Elsinga (Butterfingaz), Hedy Tjin and creative collective Lowrey Foley McClane will also make new works, especially for L.O.B.I. ARCADE.

Dewy Elsinga (Butterfingaz) explores what it means to be from Amsterdam. She captures everyday situations and childhood memories of the city as a personal investigation into (disappearing) identity and frustration against gentrification. Hedy Tjin let herself be inspired by old family photos, captured moments that all gradually ensured that she became who she is today. A moksi poty (mixed pot) of tropics and flat cold lands, city and village, rice and meatballs. Last but not least, art collective LMFC builds a safe house in L.O.B.I. ARCADE where they encourage makers to create and take up space. Unapologetic, without filter, without tone polishing, without assimilation.

During the exhibition period, there will be a side program in which the central themes of the expo are further explored in various ways. Are you ready for L.O.B.I. ARCADE,  player 1? 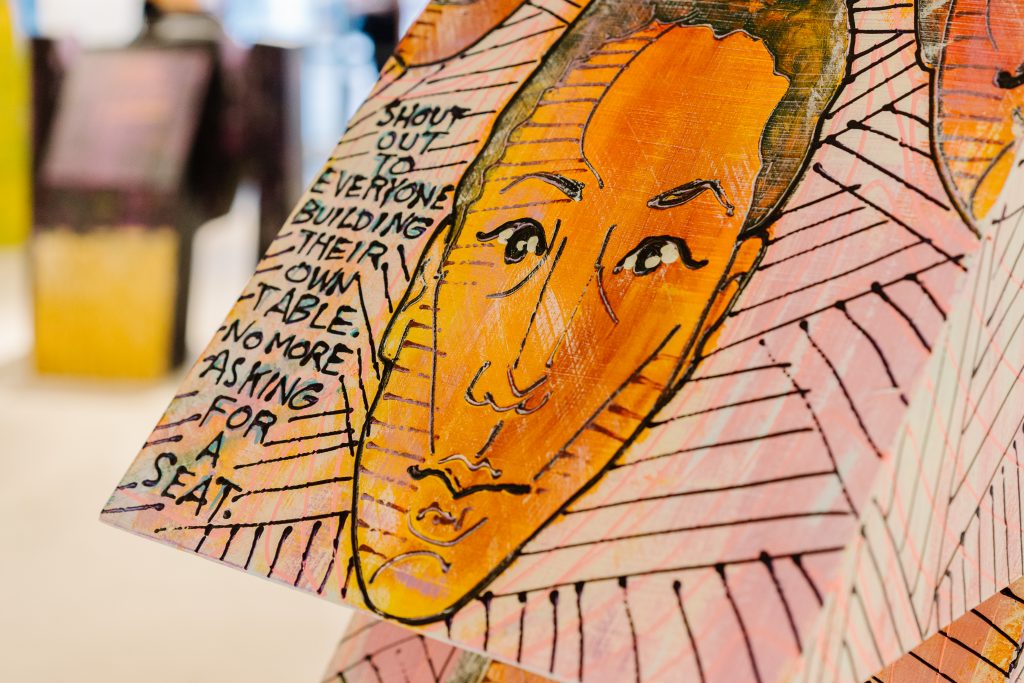 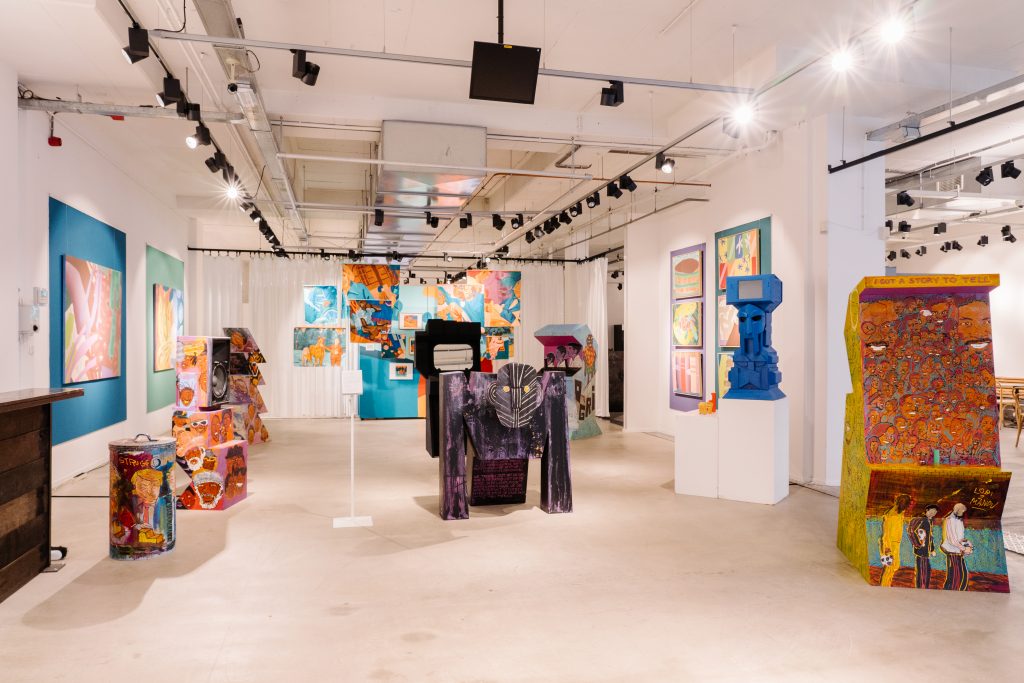 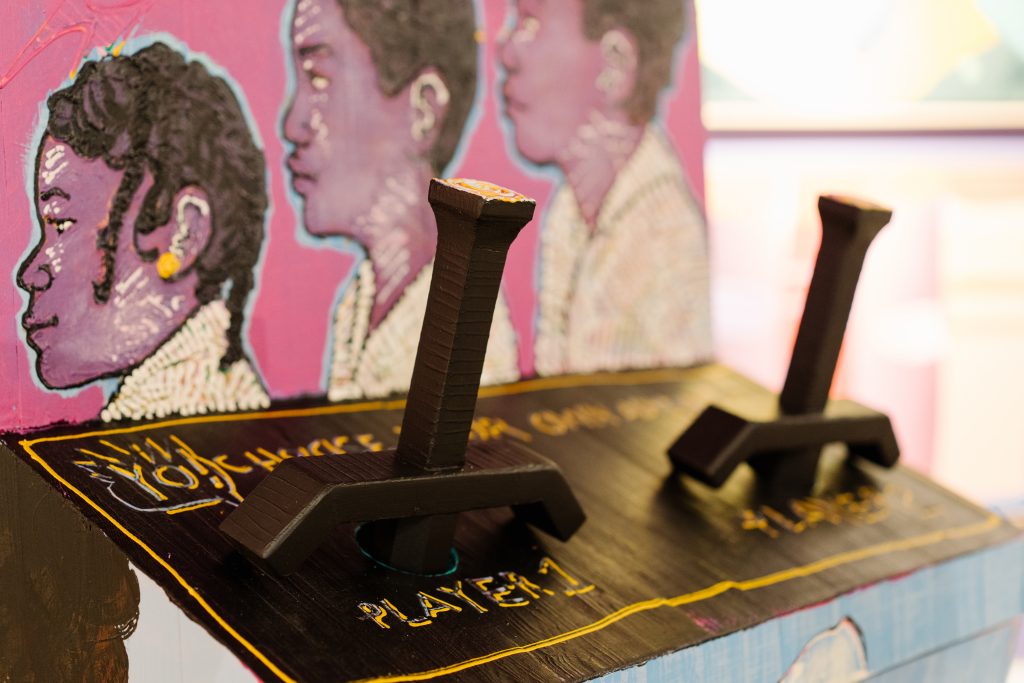 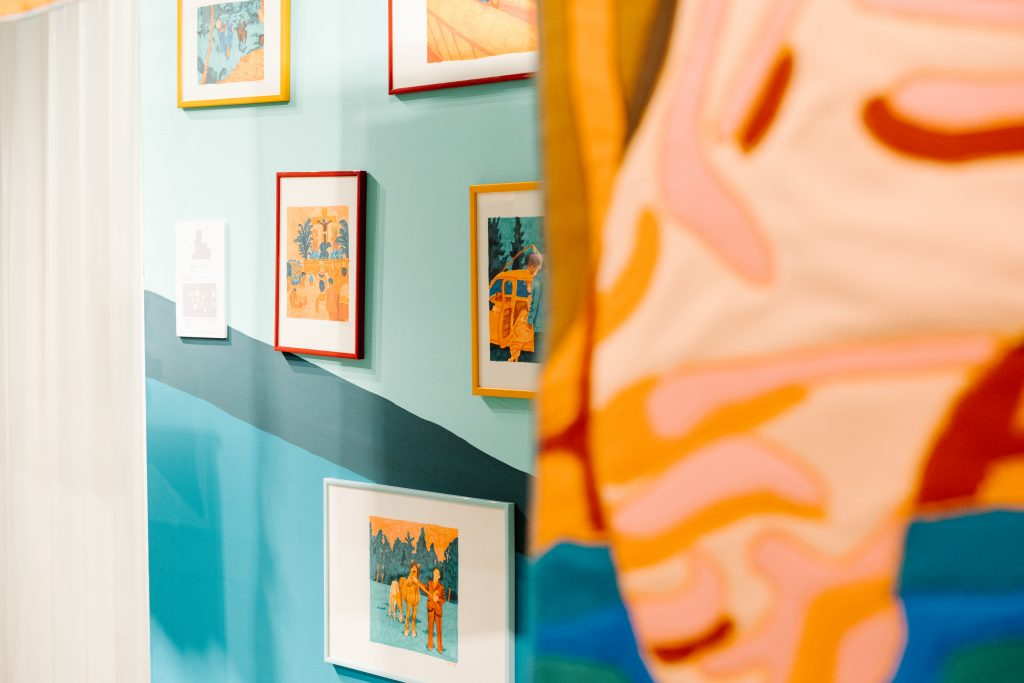 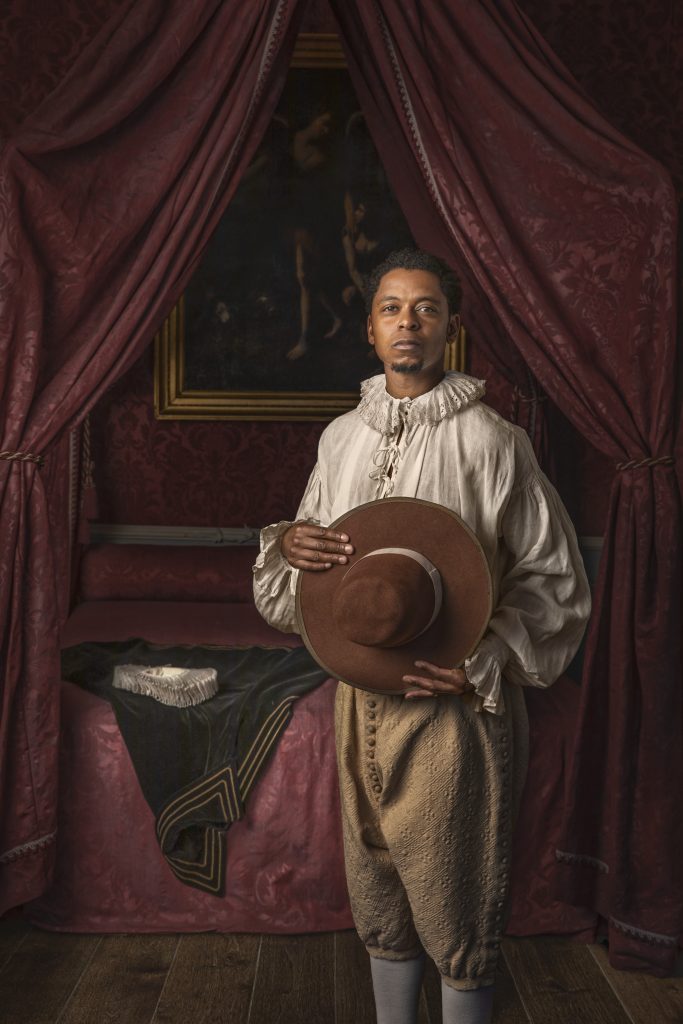 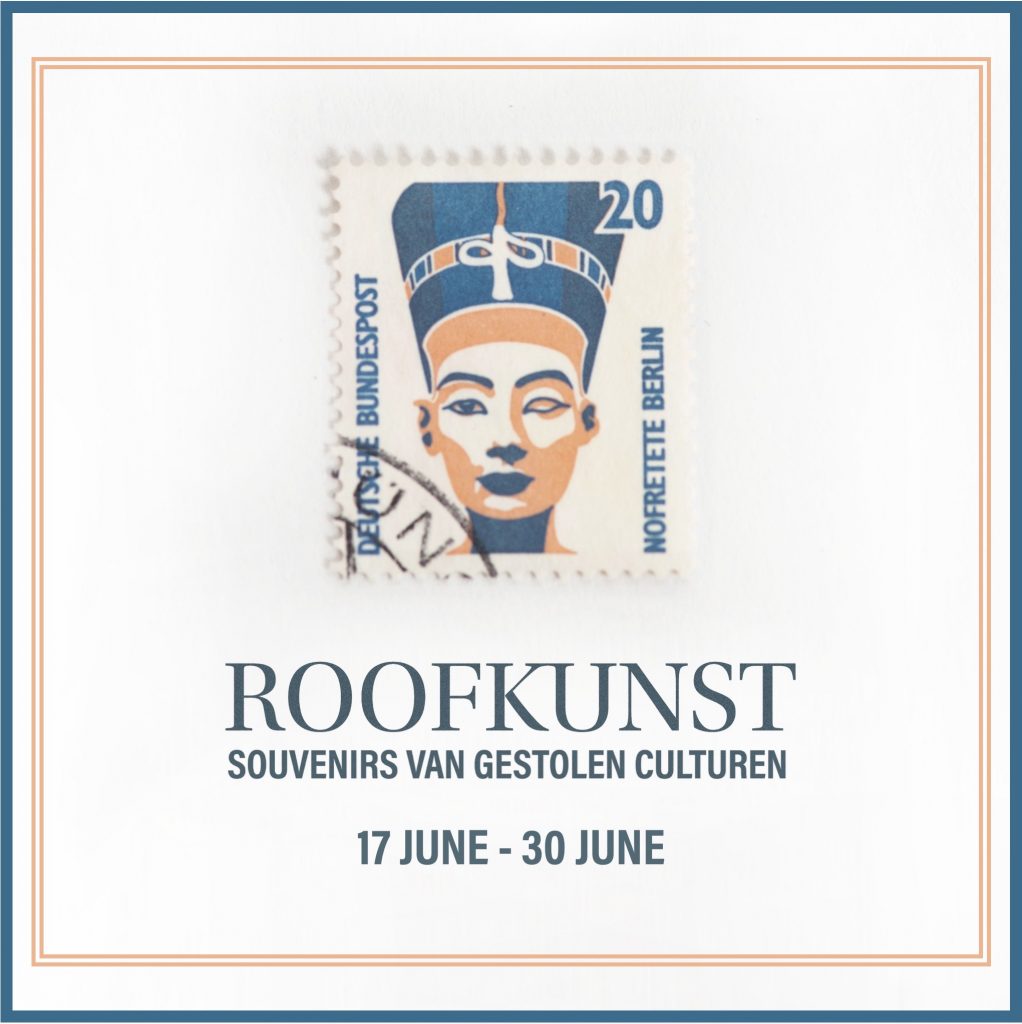 OSCAM x BNNVARA x HazazaH x Noah Latif Lamp present Roofkunst - Souvenirs of stolen cultures How do we deal with our colonial legacy of stolen art? How can we make room for a contemporary and inclusive view? In collaboration [...] 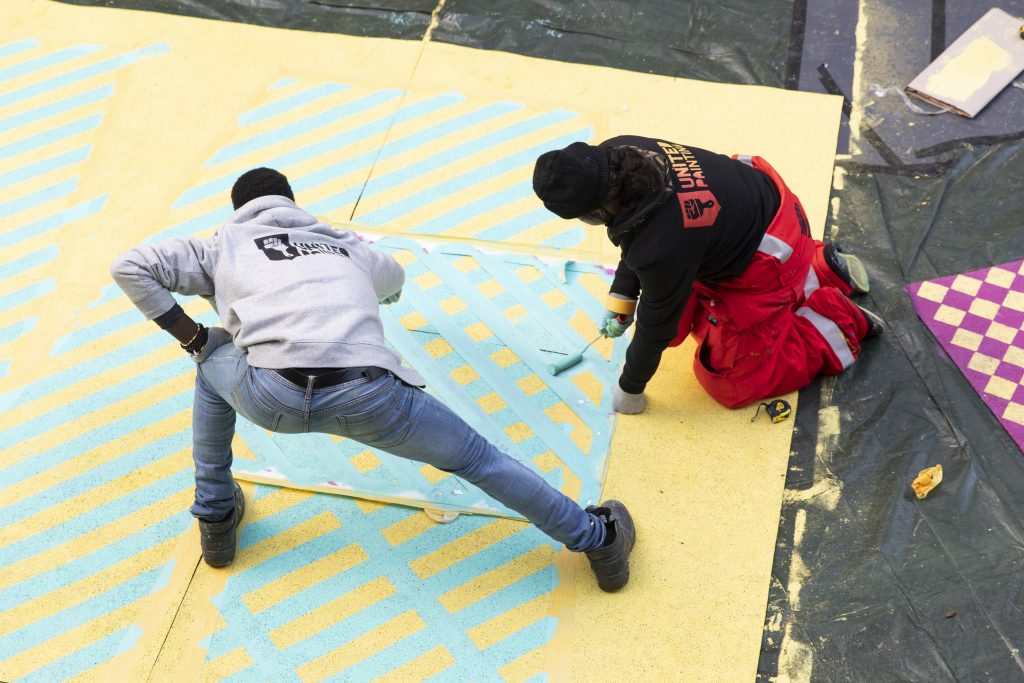 OSCAM, HKU Fellowship and United Painting present 'MUSEUM' We have some amazing news: Marian Duff is going back to school! Nope, not to get another degree, but to set up a new HKU Fellowship in which she will be researching [...] 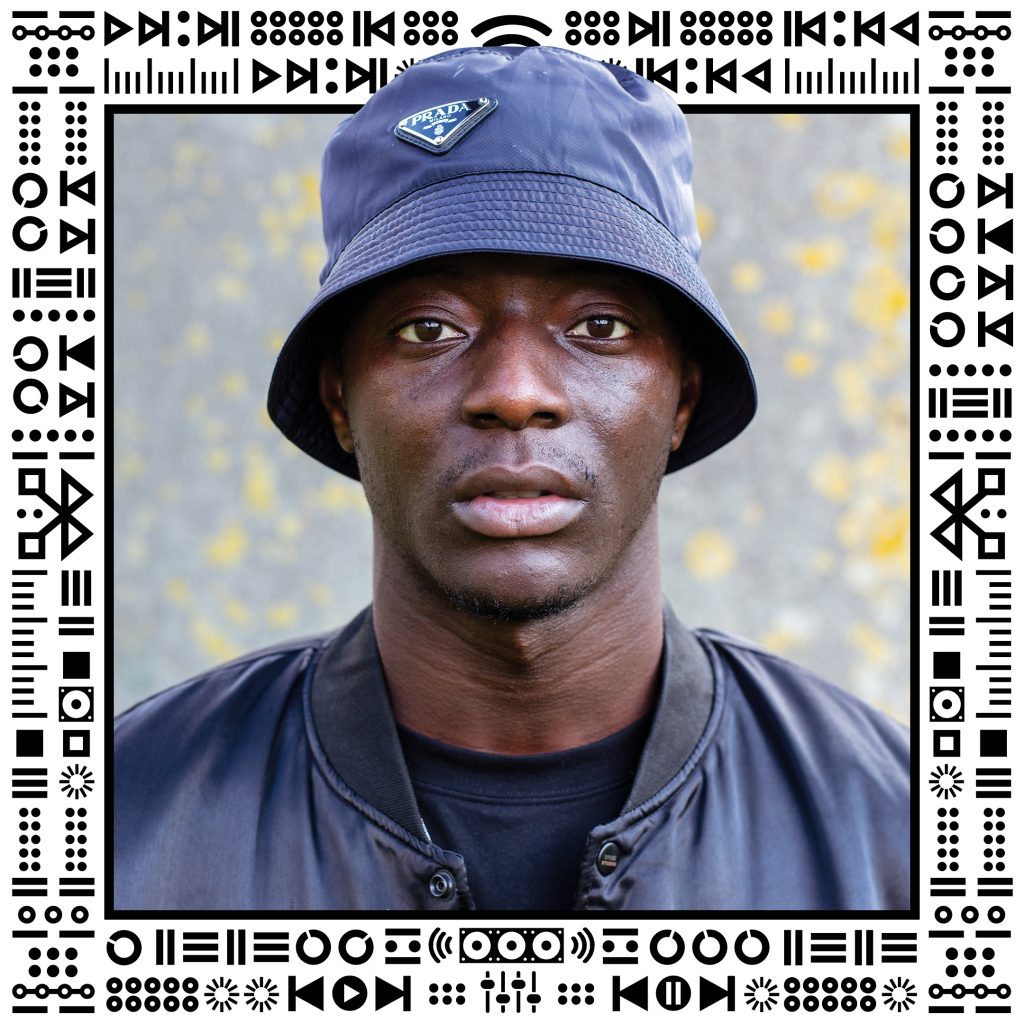 OSCAM x Top Notch x Magamba Network present 'BOUT IT #2' Hip hop is more than music: it is both a form of personal expression and shared culture. Hip-hop is global and local, from the avenues in Harare and Bulawayo [...]